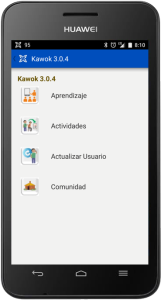 Related to Kawok, the community mobile health (mHealth) platform developed by TulaSalud, 2015 was a successful and busy year!

Since 2007, the Tula Foundation has been the primary funding source for the development and deployment of Kawok and related technologies in Alta Verapaz. Significant progress was made in 2015 towards ensuring long term sustainability, through key public-private-partnerships.

First, through partnership with the Guatemalan MOH, Alliance for Nutrition and the Tigo Foundation, TulaSalud supported a national rollout of Kawok as part of Guatemala’s primary health care strategy. By December 2015, Kawok was installed on 2,000 phones, and actively used by frontline health workers across all of Alta Verapaz, including nurses, community health workers and their supervisors (see map below). 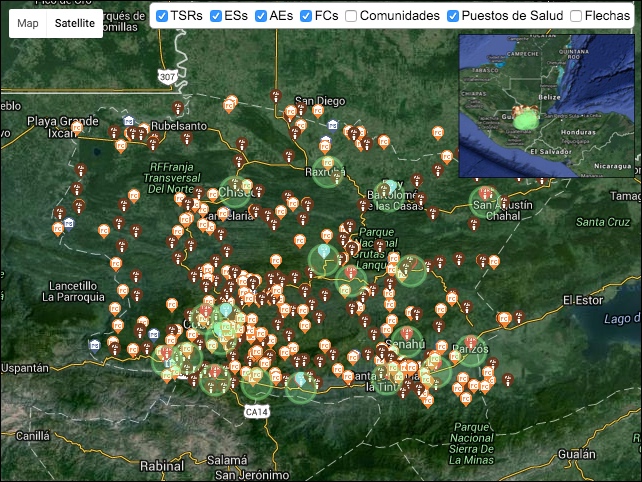 Second, we worked with the MOH to transfer direct responsibility for the overall management and administration of key parts of the community mHealth platform. The MOH undertook to negotiate directly with telecom suppliers to provide the hardware on which the Kawok platform operates (Huawei Android phones). The procurement and distribution processes of these devices by the MOH has been challenging, but the MOH is committed to finding effective solutions to overcome procurement and distribution hiccups.

Thirdly, the Tula Foundation was delighted to partner with Global Affairs Canada (formerly the Canadian government’s Department of Foreign Affairs, Trade, and Development). To the already robust global public private partnership, the Government of Canada will add both its voice and financial support to the tune of Cdn. $7.6 million over the next five years. The government of Canada’s announcement can be found here. Within the GAC program, we will continue to support the MOH as they work to improve decision-making for the primary health care system, and integrate data collected by Kawok to provide real-time reliable data and reports that are easy to understand and acted upon at local, regional and national levels.

The TulaSalud technical innovation team, supported by the Tula Foundation in Canada, have become experts in the development and deployment of mHealth technologies. In 2015, the Kawok mobile application and the reporting system were both significantly improved and expanded.

The Kawok mobile application, based on CommCare by Dimagi, was fully redesigned to take advantage of the capabilities of Android, including the phone camera and GPS. We continued to collect and expand the coverage of critical epidemiological data to reduce maternal and infant mortality and identify high risk women and children in rural communities.  We also developed new learning/counselling modules which include over 20 short videos spanning a range clinical and technical training and counselling topics. Videos related to pregnancy risks factors and emergency planning were among the most frequently viewed, and were often shared with expectant mothers and their families.

The Kawok mapping and reporting system was expanded to include personalized dashboards, used by supervising nurses and technical staff to access up-to-date key performance indicators for all workers under their supervision. The dashboards were designed for easy access on mobile devices, and have demonstrated their value in leading to increased quality and quantity of data being submitted. The graph below illustrates the growth in active users and total number of events registered each day.

Scaling up. Training and supervision are key[/caption]

With everything that was accomplished in 2015, we look forward to what lies ahead in 2016. Stay tuned!